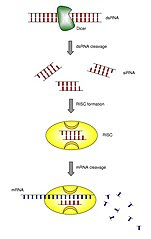 Five years ago, I extolled the virtues of teaching a little bit about RNA interference (RNAi) in undergraduate A&P courses.  But for a while it looked like the promise of RNAi in basic and clinical research might be sputtering.  However, a recent article by Eric Bender called The Second Coming of RNAi shows that RNAi "the gene-silencing technique [now] begins to fulfill some of its promises."

I recommend reading the entire article at my-ap.us/1BbxvB9  Before you read it, allow me to reprise my reasons of five years ago supporting my proposal to include RNAi in your course. 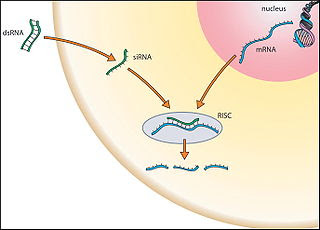 I'm not sure that it's useful to expect beginning undergraduate students to learn the nitty-gritty details of RNAi mechanisms.  But I do think it's valuable to be exposed to the general concept of RNA interference and gene silencing.  A&P students are going to run up against these eventually as they learn about and then administer RNAi-based therapies, after all.  And perhaps we should prepare them.

The Second Coming of RNAi

Why do we need to know about RNA interference?

Yes, interesting - but when? How can you meaningfully introduce this w/o it being lost in the avalanche of info that is A&P?

Good point, Alex, regarding the overwhelming number of terms and concepts in A&P. My approach is to mention RNA interference and gene silencing only very briefly and simply when discussing the role of genes in protein synthesis. As I stated in the blog post, I don't think the details are what matter at this point--just the general idea of it. Even so, we do always need to work hard to help keep our students from getting lost in the avalanche.

Point you have shared are really good. Thanks for sharing them.
We have provided a complete research report on SHRNA. Hope it will also helpful for knowing more about RNAI.