Most of us mention the concept of doping in our A&P courses because it's an ever present issue in our society and therefore a good way to help students apply their knowledge of human structure and function to practical scenarios.  As I've mentioned in previous posts, in Olympic years it becomes an even more potent way to draw students interest into the world of human A&P.

Once again, we're hearing doping stories in the news.  On the heels of continuing scandals in the sport of cycling, we are now hearing reports of doping in Olympic athletes.

As many longtime readers of this blog know, besides several blog articles, I have a resource page on doping for A&P teachers at my companion website The A&P Professor.

There is also a recent article in The Scientist

outlining advances in detection of doping in athletes.  This article is not only informative for personal enjoyment of the current Olympic games--because we'll all be more knowledgeable--but it's a great resource to prepare for the student questions we'll be getting soon.  And in the near future.

Kevin's blog articles on doping
. . . and how to use doping to illustrate A&P in your classroom
my-ap.us/aa3AjM

Resource page on doping at The A&P Professor website
my-ap.us/942vMZ

A few weeks ago, science lost one of its greats . . . Andrew Fielding Huxley.

As explained in my textbooks, "The British physiologist Andrew F. Huxley (born 1917) is  largely responsible for explaining how muscle ﬁbers contract. After making pioneering discoveries in how nerves conduct impulses, a feat for which he shared the 1963 Nobel Prize in Medicine or Physiology, Huxley turned his attention to muscle ﬁbers. It was he who in the 1950s proposed the sliding ﬁlament model, along with its mechanical explanation of muscle contraction."

Sometimes, our students don't fully appreciate that much of what we know about basic functions of the body have been discovered only within the last few decades.  They may not realize that people alive during their lifetimes were the ones who discovered central concepts of human structure and function, such as how nerves conduct action potentials and how muscle fibers contract.

The reason I include stories of Huxley and others in both my A&P textbooks and in my classroom discussions is that I think the story of science is important in gaining deep understanding of the concepts learned in A&P.  Learning "just the facts" devoid of their context and without any understanding of how we learned what we know does not give our students what they need to navigate the ongoing evolution of our scientific understanding of human A&P.

I also like to include stories of the people who helped shape our current understanding of the body's structure and function because it reveals the diversity of backgrounds, approaches, ethnic/national origins, gender, and age of the folks who have made striking discoveries and provided critical insights. I think that helps students understand that they, too, can play a role in the progress of science.

If you want to brush up on Huxley's role in the progress of science--so that you can perhaps drop it during your classroom discussions of nerve impulses and muscle contraction--check out the resources I have provided.


Sir Andrew Huxley obituary: He shared the Nobel prize for unravelling the mechanism of the nerve impulse
Anthony Tucker
guardian.co.uk, Thursday 31 May 2012 13.05 EDT
[Nice article summarizing the life and contributions of A. Huxley]
my-ap.us/O6jMUL

Stem cells in the ovary

Beginning about 8 years ago, scientists began providing evidence that apparently overturns the dogma that adult ovaries do not contain stem cells capable of producing oocytes.  Jonathon Tilly found such cells first in mice, then later in middle-aged women. Other labs have replicated such findings.

However, a study by members of Kui Liu's lab published today disputes that the stem cells actually produce oocytes.  Needless to say, this is stirring up quite a bit of controversy.  Tilly believes Liu was looking at oocytes, not stem cells.  Liu doesn't agree.

What does this mean for the undergraduate A&P class?  I discuss the recent discoveries of stem cells in adult ovaries in my course.  I use it as an opportunity to point out that there is still much to learn about how the human body works . . . that we are continually surprised by new research findings.  This is part of a year-long subtext of "how science works."  I tell my A&P students that I'm telling them "the last, best story" about the human body.  But that my story changes from year to year as scientists tease out more information . . . and thus revise "the story."

How does this fit in?  Well, isn't this how science is supposed to work?  Wouldn't it seem logical that it is in the best interest of everyone to have vigorous debate and extensive re-examination before we throw out the last, best story in favor of a new version?

The first article below briefly summarizes the issues involved in today's publication.


The image above is copyright free and can be used in your course!
Posted by Kevin Patton No comments: 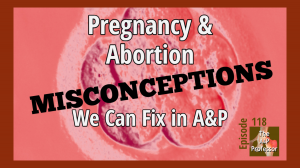