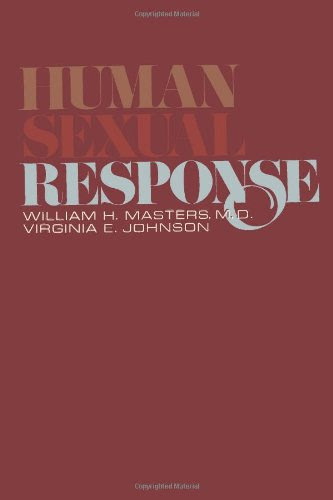 On Wednesday of this week, just a few miles from my home in Missouri, Virginia Johnson Masters passed away at age 88.

Most of you are aware of the pioneering work in human sexual physiology she and her late ex-husband, William Masters, undertook at Washington University in St. Louis during the mid-20th century.  I briefly underscored that work in several of my textbooks:

"The study of human reproduction, and especially sexual function, has many cultural implications. So it is no wonder that American researchers William Masters and Virginia Johnson encountered a great deal of controversy during their decades of pioneering work in the field of human sex and reproduction. They were the first to study human sexual physiology in the laboratory. William Masters was a gynecologist (physician specializing in women's health) and Virginia Johnson was a psychologist. In 1966, their book Human Sexual Response clearly explained the physiology of sex for the first time. Besides making discoveries in the physiology of human sex and reproduction, they also developed therapies for treating sex-related conditions, and they trained therapists from around the world. In addition to the broad fields of biology, medicine, psychology, and the behavioral sciences, the pioneering work of Masters and Johnson paved the way for advances in such diverse and specialized areas of knowledge as comparative neuroscience and social dynamics. Today, there are many opportunities to apply knowledge of reproductive science in a variety of professions."

You may also recall my previous article Masters of Sex, in which I related some of my experiences with Johnson's late ex-husband and collaborator, Bill Masters.

With the Showtime network about to debut their new miniseries Masters of Sex, in which the character of Virginia Johnson plays a pivotal role, students will likely be bringing their curiosity about Masters and Johnson's work to their A&P courses.